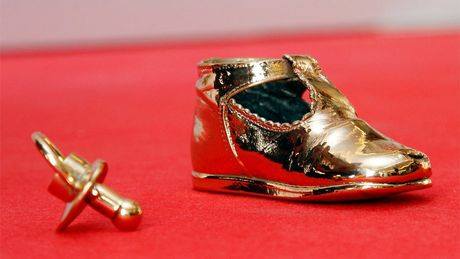 Lionel Messi has been honored with the golden boot in his career as the leading scorer in the European leagues, not once, not twice, but three times. The Argentinian superstar of Barcelona has won the award for the player with the highest league goal tally from the previous season for the seasons 2009-10, 2011-12, 2012-13.

In 2011-12, a special surprise “awaited” Messi. MARCA director Óscar Campillo awarded Messi a miniature golden boot and a golden pacifier for the upcoming birth of Messi’s son, Thiago.
As a true family man and teammate, Messi, always remembers to thank his family and his teammates, in his statements:

“I dedicate this award to my family – the people who are there in the toughest times – and my team-mates.”

Join the family of Shine4ever and create with us your own unique gift…and become the “winner” of the most important “game” of your life!